Gotrek Gurnisson is the greatest (or worst, depending on the viewpoint) dwarf slayer to have ever lived. This apparent contradiction is rooted in the nature of the Slayer Oath. Having committed a crime so terrible that only death in battle will serve as atonement, Gotrek has fought and slain numerous monsters, including hordes of orcs and skaven, a giant, trolls, Chaos warlords and sorcerers, an entire Black Ark of Naggaroth, and even a Bloodthirster of Khorne, and unfortunately (in his mind) lived to fight another day.

After Gotrek saved Felix from being killed in the Window Tax Riots in Altdorf, Felix, in a drunken stupor, swore a blood-oath to record Gotrek's doom so that his honour could be maintained and to let him be remembered by the world. A blood-oath is the gravest oath a dwarf could make (even for a society obsessed with the sanctity of oaths), and so Felix was compelled to travel with Gotrek.

For many long years, Felix Jaeger has followed the dwarf Slayer Gotrek Gurnisson across the world. Their adventures have been extraordinary; their heroic partnership the stuff of legends. 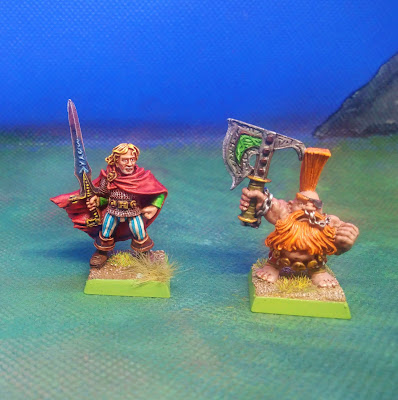 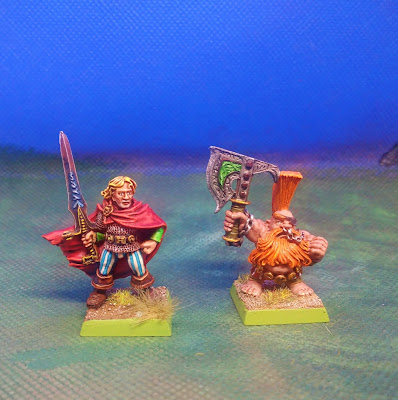 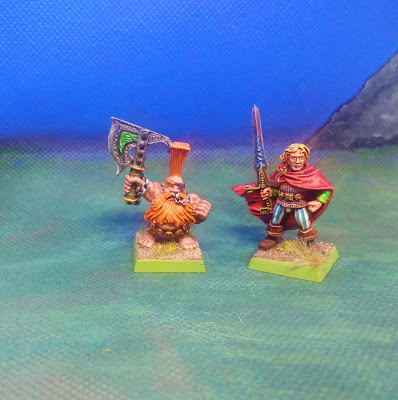 This dynamic duo can be taken in a Dwarf army at almost 500 points, worth it? Probably not, but I will try it at some time!