Bray-Shamans, known also as the Speakers of the Dark Council, are powerful, if primitive, sorcerers who occupy a unique and privileged position within the brutal and bitter world of the beastmen. They have no need to defend themselves from other members of their tribe, for none would dare assault them, the priests of the beastmen. Not even the mightiest Beastlord would harm a Bray-Shaman, for they speak the will of the Dark Gods, and those that defy the gods pay the highest price of all. 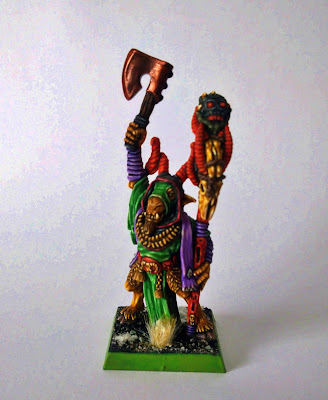 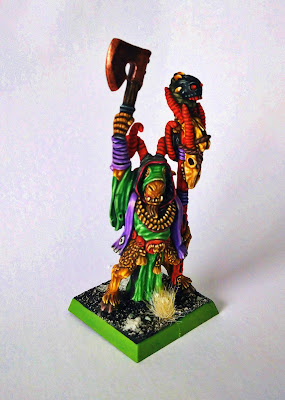 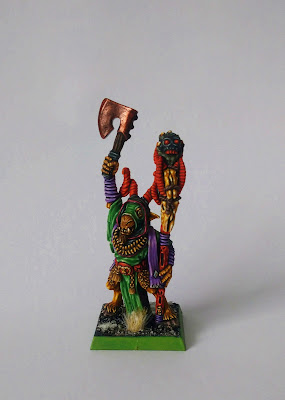 I originally painted this model for the Crown of Command fanzine painting competition, but when I was asked to be one of the judges I had to withdraw my entry. I painted the model in colourful robes & with lots of red details to get a nice 90's GW feel.

Kholthrag made his debut on the Warhammer Renaissance weekend, used as a lowly level 1 shaman with Van Horstmann's Speculum. While not doing as great as my discrider, he did kill a few Phoenix guard in the first game & managed to kill a Vampire Count in a challenge, pretty good start!