Mummies, also known as the Preserved Dead, are made from the corpses of ancient warriors that were wrapped in funeral linens and embalmed to prevent decay. Mummies are protected by powerful magics to preserve them and cheat death itself. Because of this they are of great interest to Necromancers. They are held in thrall by the magician who brought them back to life until destroyed. 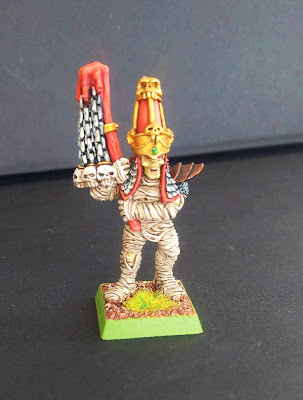 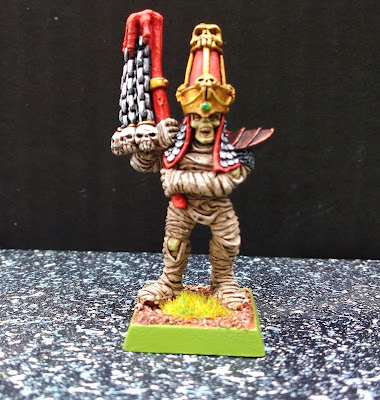 The 4th edition mummies can be taken either as troops or be used as a Mummy Tomb King, with 4 wounds & toughness 5 they´re very tough, however a mere movement 3 makes them so slow you have to buy the Staff of Damnation to make sure you get those Van Hel's off.

This particular model I think was meant to represent Settra as he clearly carries the Flail of Skulls & wears a big Crown.